August Brown of Los Angeles Times opined that Pink is “perhaps the most gifted and imaginative physical performer in pop right now.”  He believes P!nk’s set serves as a reminder that “her best asset in performing – more than her aerialist talents or Joplin-esque power-rasp voice, is her self-awareness.” 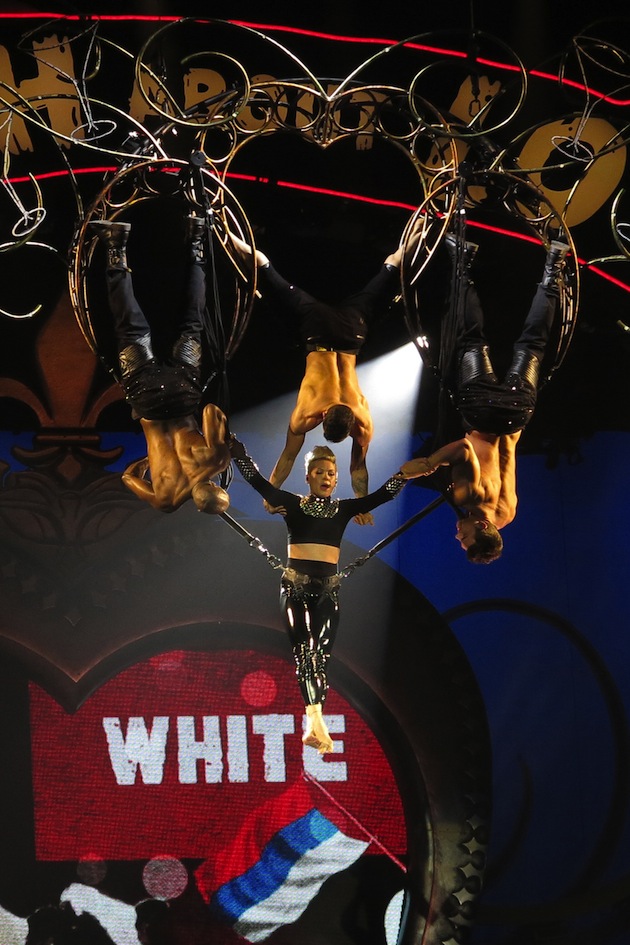 When P!NK created her vision for the “Truth About Love Tour” which will play to sold out arena’s in nearly 140 shows in Australia, Europe, and North America, she knew this production had to be something different.

That’s when she reached out to Braun Productions to help develop powerful jaw dropping moments though out her live shows that would go beyond what other entertainers have done in the past.  She wanted to use her physical abilities to capture the imaginations of her fans and give them something they had never seen before.