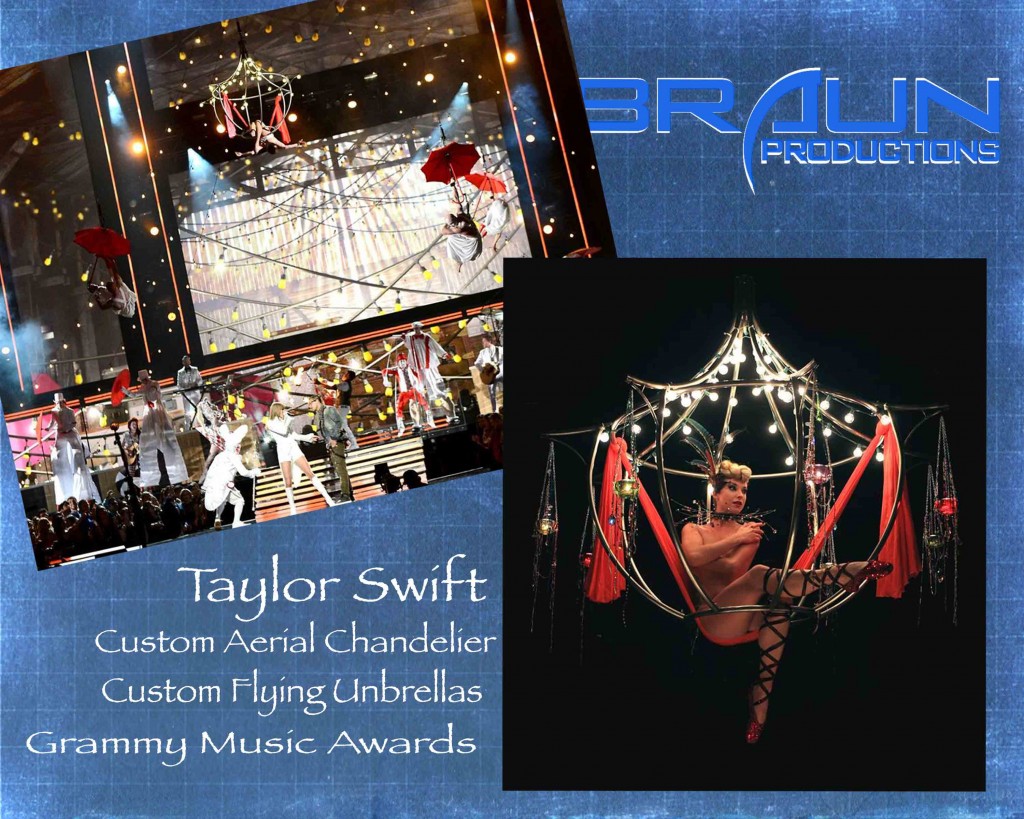 “My lucky number is 13, and so far you guys have made 2013 the most magical year so far,” she said to her fans during her acceptance speech.  “I’m 23 and I have no idea what’s going to happen to me…I love you so much. It’s unbelievable.”

Braun Productions was hired to design and build several custom aerial rigs for Taylor Swift’s live performance for the televised production that was viewed by ten’s of millions around the world.  Among the custom Braun Productions creations was the Asian styled illuminated lantern and several special flying aerial umbrellas.